A Country of Opportunities 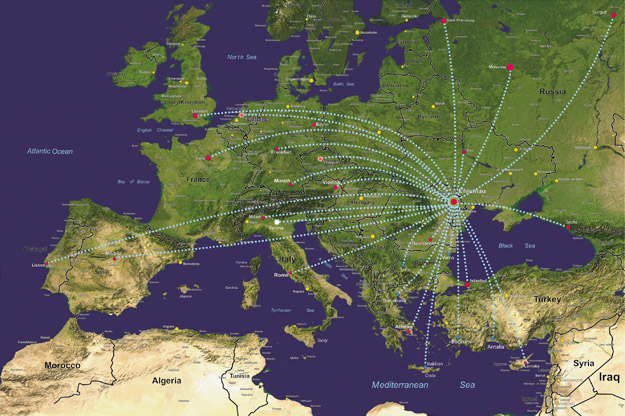 Moldova is the smallest among the ex soviet republic countries and it is one of the most populous in Europe.
It has been proclaimed independent in 1991, and since 2001 the Government has made the Country more and more steady, both politically and economically.
These conditions brought many Italian and European investors to take the chances offered by this market. In Moldova there are many industrial groups and the major European financial groups.
The official visits of the USA vice president and of the German Prime Minister (just to mention the most important), give the idea about the level of attention established by the economic and politic international world toward this small but very interesting Country.
It is very appealing, not only for the opportunities that it offers, but also because it is     geographically positioned in a very interesting commercial area, next to a lot of attractive Countries and to emerging markets like the Romanian, Ukrainian, and those of the ex soviet republic countries, especially the Russian that is the biggest one.
The official language of Moldova is Romanian, but almost everybody understands and speaks fluently the Russian language.
The local currency (Moldovian Leu – LMD) is not subjected to strong fluctuations or devaluation processes, and it keeps substantially unchanged the exchange rates with the principal European and international currencies.